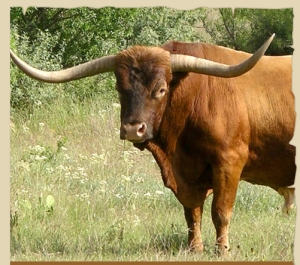 Can you start working on your next novel too soon?

I’ve had a couple of novels in desperate need of editing laying around for a couple of years now. (One of them for something more akin to five years now.)  But I’ve never gone back to them because I either get distracted, derailed, or otherwise taken off my chosen path — writing. Sometimes it’s a technical failure, like in 2008 when I lost everything on the USB flash drive I used to work my edits for my first completed manuscript. All of those awesome edits were lost forever. Or maybe it’s more like the one in 2010, where my computer just crashed and took a lot of what was left with it. I was lucky in the crash of 2011; I lost stuff already backed up to my love‘s 1TB drive.

Other times it’s just a dry spell. I have 40K written in the sequel to the aforementioned finished manuscript, but that’s it. I just…ran out of steam. After all my editing efforts died, I got blasted by some people on my deviantart page about something stupid, and I just sort of lost interest in writing for a while.

Whatever the case is, and it’s been a combination of those things this time around, I’m in the last legs of my first draft of a story I’ve banged away at for six months. It’s taken a lot longer than I wanted it to — and I can say with confidence I can write a manuscript’s first draft in about three to four months — but I’m in the final act, now. The end is within site. I have to work a few things out still, but I believe I’ll have a workable first draft and with the help of a few quality beta readers, I’ll have a final draft which is marketable.

But I also have about four or five other novels sort of hovering in the wings right now, waiting for their chance to get written. I don’t want to neglect any of them, but I want to finish one before I begin another. What if I get sucked in and it’s engrossing? What if I put off the last few thousand words of this first draft to get a few thousand down in the first draft of another? or another? or four more?

Well, it could be worse. I could have no ideas whatever for my next one. That would suck. But I have these four and I’m thinking maybe, just maybe, I should spend a little time working out those stories. Outlining is a terrific process for this. I can actually use the software in which I’ll write to do the outlining. Scrivener (which is the next software I intend to use) allows me to make note cards and place them on a virtual corkboard so I can move them about easily. I can put the text in later, but a summary sentence is visible on those cards. And while I can’t do that, I can create a hierarchical outline in both Power Writer (which is what I’m using for my WIP) and Writeway Pro (which I’m very eager to try, but I only have two hands).

Still, am I diluting my own efforts by starting up the process for another book without completing the first one? I know several readers (if not commentators) have written more than one book — what are your thoughts on this? Is it too soon to get the ball rolling on another project? Do I let this one be first and finished, and then while it cools before I edit, or while the beta readers (if I have any!) have it, do the outlining for other then?

Deep and tangled questions, at least in the mind of a linear thinker and concrete literalist. How can I do this? And am I only considering this because I’m bored with my WIP and looking for a new thrill? (Only I can answer that, but as you can tell, I don’t have the answer; it’s still a rhetorical question right now.)

On the other hand, I’ve settled on a rotating keyboard-by-committee sort of routine which allows me to sample my many keyboards for a little bit before becoming bored and then I rotate them through. Not only will this save me batteries, since most of them are wireless, but it will also prevent me from buying any more keyboards in the future.

Sound off if you’ve got an opinion on the to-start-or-not-to-start issue, and even if you don’t, feel free to tell me what’s going on with you all.

Happy Hump Day. (Like any day you hump wouldn’t be happy, right?)

3 thoughts on “Jumping the Gun?”